Before carving out her career as a Makeup Artist (MUA), Sarita was on the receiving end of makeup—as a fashion model. Here she talks about her early experiences in the industry and, prior to that, some of her recollections about growing up in London in the punk years.

The Barber family that lived five doors away from us in north London. The father was from Mauritius and the mother was Jewish. There were five kids in the family, roughly the same ages as the five kids in my family, and we used to hang out together.

David Barber, who was the oldest, used to play drums and I can remember one summer all he did was just play drums, all summer long. I had no idea that he was forming a band. It turned out it was the original Adam and the Ants.

I can’t remember exactly how old I was then – in my very early teens, I think—but I was always in awe of David. I think I had a bit of a crush on him.

Anyway we ended up going to see them play a gig somewhere in Hertfordshire, I think. Then there was a falling out and Adam Ant and the band parted company. Later David went on to form Bow Wow Wow.

Did you embrace the punk style?

Yeah…we went to see the Clash at the Rainbow Theatre and I remember making this outfit out of bin liners and funny bits of fabric and safety pins and chains. And probably a pair of torn tights underneath.

I felt very proud of myself having made this outfit. I remember walking down the street in Finsbury Park with my friends feeling a part of something.

Then afterwards we saw Malcolm McClaren walking down the street with John Lydon, who was Johnny Rotten then.

I felt absolutely terrified because I looked Lydon right in the eye and I got the evil eye back. I don’t think he was evil, that was just his persona back then.

What was your hair and makeup style back then?

My hair was long and I wore it up – lacquered up. And I wore lots of black eyeliner.

I loved her. Funnily enough I ended up working with her many years later on a feature for the Mail’s You Magazine. I was really looking forward to meeting her.

She just wasn’t into having her makeup done. She knew what she wanted and she came with full makeup already on and I was disappointed because I really wanted to do it.

I had to do something, so I worked on her eyebrows, they were amazing, very square at the front and pointy, from what I can remember. She was quite quiet really, she kept herself to herself.

What other music were you listening to at that time?

I was listening to Bowie, mainly. Marc Bolan and T. Rex…

Fast forward a few years—how did you make the break into modelling?

In the early 80s, I had very very long hair and I had it cut down the King’s Road, short and spiky. Lots of people said to me “you should be a model, you’ve got a great face”. And being a model kind of appealed to me. It was something that I wanted to do when I went school but I never really had the guts to go out and do something about.

I got in touch with a photographer and we did a few test pictures and took them round a few model agencies and there was this one new agency called Look who took me on. They sent me to see a very cool photographer called Roger Eaton who was big on the London fashion scene. He gave me one of my first modelling jobs and I can still remember how nervous I was.

At the end of the shoot Roger took some more shots of me so I washed off all the makeup and washed the gel out of my hair and he took some Polaroid pictures of me and told me I was wasted with the agency I was with.

He said my look was really current and I should go to see Premier and he took me in and introduced me to Carol White, who was the owner, and said “this is Sarita Allison, you should see this girl”. He showed her the Polaroids and she immediately took me on.

My path in modelling changed overnight, from a small agency to one of the top agencies in London. I wasn’t tall enough for the catwalk and I hadn’t gone to modelling school so the first few months I was just really getting my portfolio and my look together.

I started doing a lot of editorial stuff, teenybopper stuff…I’m embarrassed to say it now but magazines like Sugar and Jackie…I wasn’t quirky enough for magazines like i-D. I did stuff for Marks & Spencer, Mary Quant, Dorothy Perkins…”

Did you get to travel much?

I’d been with Premier about three months and some agencies came over from Tokyo scouting for models. My look at that point was very “in” for Japan—thick eyebrows, dark hair—and they really liked me. But boy, they worked you!

I went over to Tokyo—I was the only girl they took back. I had a two-month contract of guaranteed work and it was a real baptism of fire. I hadn’t done very much in London and as soon as I landed in Tokyo there were jobs lined up for me.

They loved the Polaroids that Roger had taken of me. So as soon as my feet hit the ground in Japan I was working—two jobs a day, it was insane. I worked my socks off the whole two months and then they extended my contract for another two months. It was an incredible experience.

Did the pressure get to you?

Well…(laughs)…as I was preparing to come home I went out of town to this shopping area to buy a new suitcase and I crossed a road without waiting for the lights to change. Basically you’d call it jaywalking, I suppose.

There was a policeman on the other side of the road who was whistling at me with his whistle and waving his truncheon in the air. I ignored him and carried on walking. But he came up to me and started shouting at me in Japanese and I just lost it. I think I was just exhausted and I wanted to get home and I didn’t want to deal with this shouty policeman.

He grabbed hold of my arm and I wrenched myself free. He was so angry but I just thought “I’m not having any of this”, so I did a runner. I legged it. Really not that clever. I ran into this department store. Remember I’m out of town and it’s obvious that I’m a westerner, I’m much taller than everybody…I ran into the store, up several flight of stairs me into a changing room and hid there. I was convinced that nobody would grass on me but they did.

So I got arrested and ended up in a police station. I wasn’t scared, I was just cross, although I did think “hmmm, I may be in trouble here”. The chief-of-police was brought down and I explained what I’d done. I understood quite a bit of Japanese by then and he said to one of his colleagues that he thought I was cute and he’d like to marry me. I knew then that I was going to get off the hook. 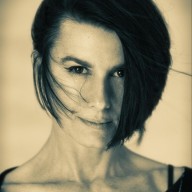 Join the discussion and tell us your opinion.

What a remarkable story. From this start to becoming an MUA & working on the Nick Dudman’s makeup effects team. It is amazing how life’s twists & turns have taken you on a such an incredible journey. Life’s journey has now brought me to becoming a MUA; it has been a long time coming. But it was something I always wanted to do, but never got round to before. Do not get me wrong, I have had a fab time. I started in the industry many years ago, but my career took me on a different path. But now I am here, looking to build my own portfolio; looking to make connections with people who inspire me. Reading your story took me back, Adam & the Ants, Siouxsie Sioux & the Clash….
Thank you for your inspiring story & also for connecting with me on Linkedin

This site uses Akismet to reduce spam. Learn how your comment data is processed.